Warwick Manufacturing Group was looking to recruit prospective apprentices onto its brand-new Academy for Young Engineers. However, at the point of commission, the academy was still in the development and building stage and no actual physical assets existed at that point. Therefore, the challenge we faced was how do we promote something that has yet to be fully built and developed?

When producing moving image content for a new idea or concept, animation or motion graphics can quite often be the perfect solution. It was decided in this case, that a fully bespoke, explainer animation that offered a dynamic glimpse into what the Academy for Young Engineers would offer would be the best solution.

Primarily we needed to engage with an audience that was aged between 12 and 14 years old, generating interest for something that didn’t fully exist at that point, which is what led to the character animation and typography concept.

The client had a presentation that they wanted to use as a starting point for the script, so we worked with them to make it ‘animation friendly’ by reducing the duration, removing a significant amount of text and taking out any industry jargon. Producing a much shorter script was essential for the animation – as when producing type to appear on screen, short sentences allow for greater legibility and understanding.

As with all our explainer animation projects, there was a scoping-out meeting which helped us to refine the project brief so we could best meet our client’s objectives. This meeting helped us to clearly understand the tone and feel for the animation and It became clear through these meetings that, as a new brand, it was important for the client that the explainer animation sat very comfortably within their brand identity.

We went through a number of rounds of amendments, setting ‘gate posts’ along the way so that we would only move onto the next stage of development until the client was satisfied with what was currently being produced. This ensured the client was extremely pleased with the final output. 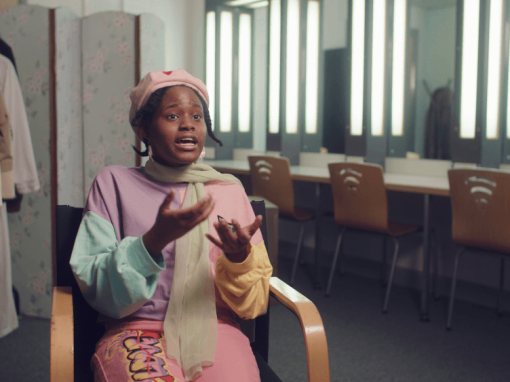 School of Performance and Cultural Industries

Behind the Scenes – Let’s get on with it!

This is your moment

Be who you want to be